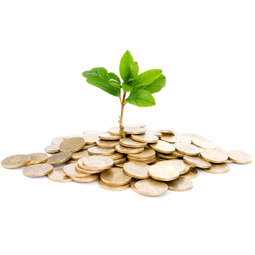 Portfolio Method: All contracts are credited the same interest rate for the same period.

New Money Method: Crediting rate depends on when premiums are received. For flexible premium contracts (not common), this means each contribution (premium) may guarantee a different interest rate; this method is sometimes referred to as the “pocket of money method.”

Tiered Interest Rate Method—Type Two: Interest credited at one rate if owner later annuitizes but a lower rate if contact is surrendered. Cash value is affected if there is a remaining surrender charge. Amount payable at owner’s or annuitant’s death may be cash value (surrender value) or annuity value (contract annuitized). These types of contracts have been outlawed in some states.

Generally, the interest rate quoted by the annuity issuer is guaranteed for 1-15 years. Advisors often seek a 5-7 year lock-in rate. Whatever the period, once the guarantee expires, the insurance company will offer the contract owner a new rate for a specified period. The investor is typically given 30-90 days to reject the new offer. The new rate is based on the same crediting method; however, such a method may result in a higher or lower rate.

If the investor does nothing, the contract is renewed for the new period and new rate. Prior to the end of the 30-90 day period, the contract owner is free to transfer part or all of the contract to another competitor, liquidate the contract, or accept the new offer.

Although not frequently done by the advisor, if there is any chance a fixed-rate annuity contract might be renewed by the investor in the future, the advisor should review the history of the insurance company. The renewal rate is generally at the complete discretion of the annuity issuer, subject to any ongoing minimum guarantee rate. This minimum rate might be < or > 1% and is a rate that follows the contract; even at initial issuance, the contract owner knows that after the guarantee period (1-15 years), the renewal rate must be at least X.

Some annuity issuers have a positive and extensive history of offering very competitive renewal rates. Other insurance companies may have a record of offering a renewal rate barely above the minimum guarantee rate. The reality is the great majority of annuity companies do not offer a renewal rate higher than the initial guarantee even if interest rates have been rising during the guarantee period of 1-15 years.

Quite a number of fixed-rate and annuity contracts offer a bonus rate for deposits in the first year or for the initial premium. A few companies offer a bonus for deposits made during the first few years. Offering a bonus that is immediately crediting to the contract (e.g., a $100,000 initial deposit becomes $103,000 with the bonus) can be very enticing to the investor. However, there is always a cost with such a feature: [1] greater expense ratio for the duration of the contract or investment; [2] reduced commission to the advisor, [3] longer surrender period, or [4] a higher surrender cost.

More often than not, a bonus product or rider is not a good idea for the investor (unless death occurs within the first several years of the contract). In the case of a variable annuity, the dollar bonus is only a good idea if the assumed net growth rate is above a certain level—a level unlikely to be obtained unless the subaccounts experience a fairly high net increase most years.

If the bonus is structured so there are only added costs if the contract is surrendered within X years, the bonus can be a good thing for investors who are fairly certain they will not surrender their contract during this period. Furthermore, if the investor intends on making withdrawals each year, the additional amount received each period due to the bonus may be a good experience.

On a positive note, if there is an additional interest rate bonus, it is usually vested immediately; it cannot be taken back even if the contract is surrendered the next week. With other bonus products, the bonus is forfeited if the contract is not annuitized within a specified period. Still other contracts offering a bonus may have a vesting schedule that lasts several years.

Several states have banned the sale of any deferred annuity to seniors that have a surrender penalty period > 10 years or an initial penalty > 10%. This protection is sometimes referred to as 10-10 annuities.

Generally, a CD-annuity has a duration of six years or less; the surrender period coincides with the guaranteed rate period. The name, “CD-annuity” has a strong marketing appeal because it implies some kind of FDIC backing or assurances. In reality, this is just a type of annuity and like all other commercial annuities, it is issued and guaranteed by an insurance company. There is no affiliation with a bank or savings and loan.